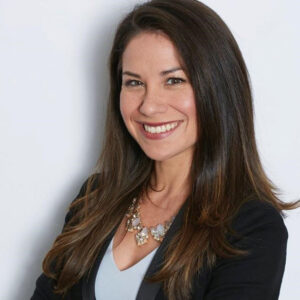 Angela M. Guzman is the Director of Supplier Diversity at NBCUniversal. As the Director of this important initiative, she is responsible for developing partnerships that will promote the use of minority-, women-, veteran- LGBT and disabled owned businesses company-wide. Guzman serves as a lead liaison between NBCUniversal, the diverse supplier community and diverse supplier advocacy groups. She brings over 16 years of media industry experience to the role and has worked on all sides of the business including finance planning and analysis, risk management and diversity for on-air and behind-the-camera programming.

In 2017, Angela launched the NBCUniversal EDGE Accelerator program – the industry’s first-ever business accelerator geared toward the development of and investment diverse owned companies specializing in the media and entertainment industry. She is the executive producer for two National Minority Supplier Development Council (NMSDC) content projects, including “Billion Dollar Buzz” and the recently released “Access-to-Capital” series. She is leading advocate for inclusion serving as the co-leader the Women’s Network at NBCUniversal, the Vice Chair of the NY&NJ Minority Supplier Development Council Board of Directors and a member of the Aspen Institutes Latinos & Society program. Angela served as the Chairman of the NMSDCs Advertising Entertainment Media and Sports Industry group and believes that “learning is a lifelong journey and inclusion is a life-long mission.”

Ms. Guzman studied Business Administration at the City University of New York and earned a B.B.A in Finance from Queens College. She is currently a graduate student at Harvard University, working toward a certificate in data science. She resides in Queens, NY with her two sons.