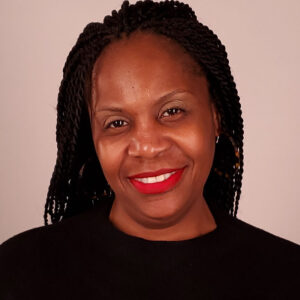 After joining Colonial Consulting in July 2016, Angela has been in multiple roles. She is now Director of Investment Staff and Head of Diverse Manager Equity. Angela and the firm’s CIO co-manage the investment team to ensure internal processes are efficient while managing the firm’s manager selection process and the systematic process that helps best ideas that are constructed into portfolios. Valuing human capital, diverse talent acquisition and building a training and development program is another area of expertise. Angela also continues to drive the firm’s manager diversity initiative in an effort to attract and source diverse asset managers while monitoring protocol and the internal vetting process of (“MWBE”) minority-owned and women enterprises. Angela facilitates the constant communication between Colonial and fund managers as the firm continues to build a robust pipeline of what it believes is a largely under-followed segment of the manager community marketplace.

On the client level, Angela acts as a conduit in sourcing diverse managers when recommendations or introductions are made by clients and/or board members. She frequently attends emerging manager/diverse manager conferences returning with best practices while networking and learning about industry-wide issues and the inclusive approach many institutions are taking to include diverse managers in their searches. She also participates in client meetings and forums at foundations to create awareness of the growing pool of high quality managers to increase opportunities of finding MWBE managers who often outperform or at least perform as well as their nondiverse peers and the index.

Angela spent a stint of her career at a financial services law firm, Schulte Roth & Zabel, assisting attorneys in preparing fund documents for filing with the SEC. Working along with human resources, she later moved into training and development where she worked toward the firm’s technical training, cultural awareness in the workplace, and diversity and inclusion initiatives.

Angela received a Master’s of Public Administration at Metropolitan College of New York while volunteering in the evening at a non-profit organization in an underserved area of Brooklyn, NY where she implemented a character development and a college readiness program. She also earned a Certificate in Human Resources Management from VillaNova University, which included studies in diversity and inclusion. Angela’s Bachelor’s degree is in Psychology from Bernard Baruch College of New York. She also serves on York College’s (CUNY) foundation board.