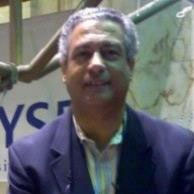 Dorien Nunez is a Speaker, Author, Researcher, Consultant and Principal and Co-Founder of The OMNIResearch Group. OMNI is a Research and Consulting practice focusing on Institutional Investments, Research and Emerging Manager Development (Small, Women and Minority Business Enterprises).

He has been a Service Delegate to the White House Conference on Small Business under President Bill Clinton, a Consultant to the U.S. Commission on Minority Business Development under President George H.W. Bush, where he is credited with introducing the concept of “Historically Underutilized Businesses” (HUB’s) and “HUB Zones”. He has served as an Advisor to various Governors, State Treasurers, Mayors, City Councils and public officials nationally.

In the 1980s he launched a series of annual events called SEBOC (Small and Emerging Business Owners Conference) bringing together venture capitalists, government procurement executives, corporate buyers, Small businesses, MBEs and WBEs. Literally thousands of attendees and millions of dollars in revenues were connected as a result of his events and activities. His efforts led to the establishment of venture capital funds and microloan funds with a focus on Women and Minority Business Owners leading to his being named “Entrepreneur of the Year” by his local Hispanic Chamber. He has raised capital for his own and other companies and ventures.

Nunez co-founded the National Foundation of Entrepreneurships’ (NFTE) first Ohio chapter and later attended the Babson College program for teaching entrepreneurship as a guest of NFTE and the Kauffman Foundation.

A graduate of Harvard College and Harvard Business School, Nunez has always believed that knowledge is powerful and education is of the utmost importance. As a lifelong champion of education, he co-founded The Alabama-Mississippi Education Improvement Project with two of his two mentors, Frank and Faye Clarke (the organization later became Educate The Children (ETC), a non-profit that served school children in poor school districts in the U.S., the Caribbean and Africa).

ETC’s projects ranged from installing computer labs with the computers and equipment, music labs and musical instruments, books, textbooks, supplies to creating programs and providing trainers. ETC received a Presidents Points of Light Foundation award and was responsible for over $20 MM in donations of schools supplies to teachers and students, and dozens of other recognitions.

Nunez received his CFA in 1986. He has been an Adjunct Professor at four universities teaching courses in both Business and Finance. He co-created the Curriculum and Training Program for Leaders and Trustees for the AFL-CIO’s oldest and largest constituency group, the A. Philip Randolph Institute (APRI); he co-created and conducts various investment manager and trustee education programs including “Finding Alpha in the Delta”; the OMNI Buttonwood Series in New York held at venues including the New York Stock Exchange, NASDAQ, etc.; in addition to various Roundtables through-out the year.

Nunez participates in and advises various industry organizations including the P&I Research Advisory Panel, the Public Funds Advisory Board and state pension groups. He has extensive experience as a moderator, speaker and conference chairperson for Investment, Research and Educational events in the investment industry.

Nunez received his MBA from Harvard Business School, his BA from Harvard College and is a graduate of St. Paul School in New Hampshire and a proud alumnus of the public-school systems of New York City.