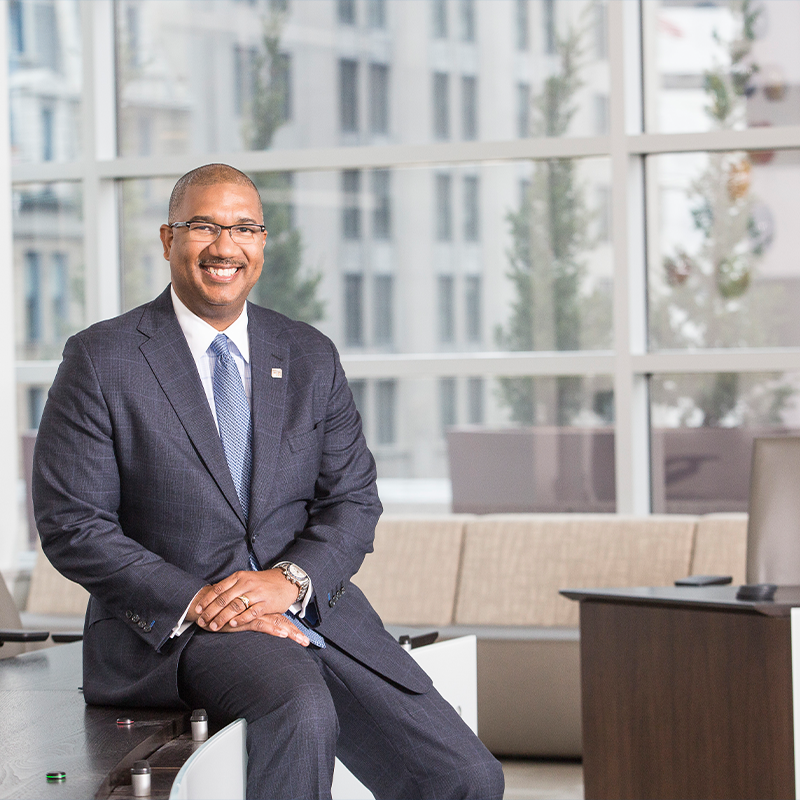 Kala Gibson is executive vice president and head of Business Banking. He oversees the strategic planning, operations, sales force and products for the division. Business Banking serves clients with annual revenues up to $20 million across 1,155 banking centers and 10 states.

Kala joined Fifth Third in 2011 as a senior vice president and Business Banking executive for Eastern Michigan. In that role, he was responsible for the performance and strategic sales delivery across eight counties in Southeastern Michigan.

Kala started his career at Comerica Bank in Detroit. He has over 27 years of experience in retail, community and small business banking; middle market and asset-based lending; and credit administration.

Professional and Civic
As an active member of his community, Kala dedicates his time and
expertise to a variety of causes, including:

Kala has received several awards for his civic and professional contributions, including Fifth Third Bank Leader of the Year, Fifth Third Bank Community Commitment, the Michigan Chronicle’s Men of Excellence and Crain’s Detroit Business 40 Under 40.