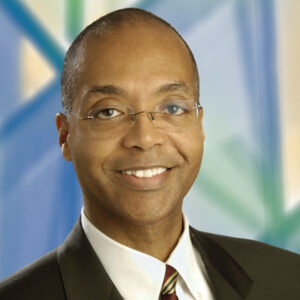 Mr. Layton’s role is to impact Johnson Controls’ future direction, strategies, and tactics in supplier diversity and supply chain sustainability in order to enhance value and improve resource efficiency. He has created and championed policies and processes to track and improve the company’s diversity purchasing performance and cascade sustainability best practices for conflict minerals and carbon disclosure to the Johnson Controls supply chain.

Reginald Layton received both his Bachelor’s Degree in Management Science in 1986 and Master’s in Economics in 1989 from Case Western Reserve University in Cleveland, Ohio. He serves on the board of directors for the National Minority Supplier Development Council (NMSDC) where he chairs the Field Operations Committee, and he serves as board chair for the Southwest Minority Business Council (SMSDC). He also serves as vice chair of the Billion Dollar Roundtable. In addition, he serves on the advisory board for the Minority Business Executive Program at Dartmouth College in Hanover, New Hampshire.