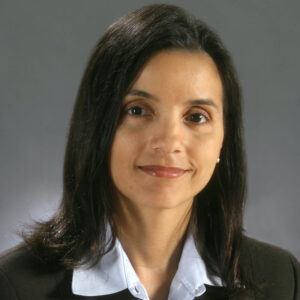 Maria Prince is VP of the National Minority Supplier Development Council. (LinkedIn photo)
Whether it be in procurement, supply chain or any other field today, diversity, equity and inclusion (DEI) are immensely important. Today many in the procurement field are starting to focus on equity.

“Equity” and “equality” may sound very similar to some. However, there is a clear distinction between the two — one that Maria Prince, Vice President of the National Minority Supplier Development Council (NMSDC), detailed in a recent interview.

“Equality is, you issue an RFP, and everybody gets a chance to participate. Equity is if you recognize that you are inviting a new supplier into the RFP, the equitable thing to do would be to schedule time to walk them through the process that incumbents may already be aware of … so when they come to the table, it’s equitable. Everyone starts from a different place. If you don’t do anything to bring them to the same place at least as a starting point, then you’re not ensuring they have a fair opportunity of winning the business.”

The workload for Prince and her team was “pretty tremendous” after it increased exponentially in the aftermath of George Floyd’s death in police custody and the surrounding social conversation. Corporations were looking to do work with NMSDC, searching for more opportunities with MBEs. Prince and the entire organization started managing a lot more requests — which was a “great problem to have.” She didn’t want to disappoint corporations or lose out on the opportunity to get that support to the MBEs.

Another part of her work involves advocacy. The NMSDC communicates with people in Washington, D.C., who are looking at legislation to help connect government departments to MBEs with which they can do business. As a 501c3 organization, NMSDC does not lobby, but instead it works to identify government needs and see where MBEs can fit.

The journey Prince took to her role at NMSDC was a fruitful and lengthy one, to say the least — which seems to be the case for many of our “Women in Procurement” interview subjects in this series!

With a love for numbers, Prince started out in the accounting department at PepsiCo. She worked in the operations accounting area, where she reviewed the profit and expenses of all the distribution centers to see how they were profiting from an operational level. While the experience showed Prince that she didn’t necessarily want to be an accountant, it gave her a good background and insight into how operational costs impact the business.

When a job opened up at PepsiCo in supply chain, Prince transitioned to that role. She worked in inventory management for the distribution centers, held roles in procurement, product development and more. This really let her in on the action of what was going on.

As she built up her career and expertise, Prince started to be recruited.

“A lot of the roles that I’ve had, I didn’t submit a resume … it was really through the relationships over the years working with different suppliers and different people,” Prince said. “They started reaching out to me … I may have not had any experience in that [procurement] category, but they knew I had a broad and diverse background. I was good with numbers, had operational experience and sourcing expertise.”

When her bosses or colleagues would leave one organization to go to another company, they would call Prince to bring her along to a new role. Learning from great mentors and sponsors who did that, Prince has tried to do the same for others during her career.

With a great deal of experience on her resume across multiple industries and categories, one of Prince’s experiences that was extra poignant to being a woman in the industry came at L Brands. Her boss there realized that the organization needed to do more business with women and minority suppliers. After all, both were key customers.

Prince was fortunate enough to establish the companywide Supplier Diversity Program at L Brands in the early 2000s. She also served on the Executive Inclusion Leadership team. This experience got her on track not just for procurement, but where she is today working with minority businesses.

When it comes to women not being well-represented in the workforce of certain industries or from a supplier perspective, “that’s half the country that could be adding value,” Prince points out.

So, what advice would she give to women professionally, in procurement or other industries?

“What I’ve always told people that I’ve worked with, particularly women, is to ‘sit at the table.’ Don’t sit behind. If there are seats at the table, sit at the table. Make sure that you can be where the conversation is happening, and if you have something to say, speak up.”

For example, at PepsiCo, Prince traveled with her boss and others to assist in buying an ERP system. The invite to the trip came coincidentally, in a way: She was invited to a meeting where she was only one of two women in the room. Prince followed her own advice and spoke up when she had something to say. Her boss at the time, who was a sponsor of hers, said she had great ideas and invited her on the business trip.

“I was on the corporate plane with him and the other executives just because I was in the room and wasn’t afraid to speak up,” she said.

Prince also shared advice for others who may have gone to meetings in the past, felt they were prepared, but the result didn’t turn out the way they wanted.

“You have to know the room before you enter the room. You can’t do it for every meeting, but if you are putting forth a big idea or initiative, know who will be at the meeting and try to have a pre-meeting or pre-conversation with them to know what position they have, where the objections and support will come from. Don’t walk into a room cold.”

We wrapped up our conversation on the topic trends that Prince is currently seeing in supply chain and procurement. Especially in this time of the Covid pandemic, Prince recognized that some organizations do not know about MBEs because they have other incumbent suppliers. However, once some suppliers encountered issues with providing services during the pandemic, Prince and her team would recommend minority suppliers to fill the role — especially the big jobs. As Prince noted, there is a misperception that MBEs or women-owned businesses are all small, but this is not the case.

Another trend we discussed was including more women and people of color in your professional organizations so they can bring those fresh ideas to the table. While inclusion is starting to ramp up, Prince believes there definitely needs to be more women in C-suite roles in procurement.

“We still have a long, long way to go there.”