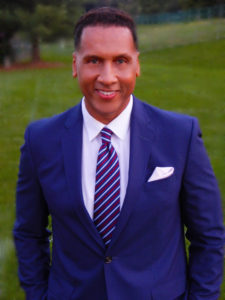 Lance joined EQT in 2012 to head EQT Corporation’s Supplier Diversity (SD) program. As a man of faith, he gives all praise and glory to GOD and believes it is imperative to give back to those who are less fortunate. He uses his platform at EQT to foster and develop MBEs to earn business with corporations because he believes it will enrich our communities and employ many who would otherwise not be employed if minority owned firms did not exist.

Prior to joining EQT, Lance served as a consultant to both global corporations and diverse firms to aid in their diverse business development strategies and as a community advocate and proponent for socioeconomic business development, Lance has earned commendations from two U.S. Senators, the Governor of California and received a Certificate of Special Congressional Recognition by U.S. Congresswoman Barbara Lee of California. Recognized as a Supplier Diversity leader, since joining EQT seven years ago as the single headcount of EQT’s supplier diversity program, EQT’s annual diversity spend has increased one thousand five hundred forty-four percent (1,544%) from $73 million in January of 2012 to $1.2 Billion in 2018. EQT became the first Oil and Gas company to spend over one billion dollars of Tier 1 spend with diverse suppliers in one year in the U.S. and be named the NMSDC’ Class 1 National Corporation of the Year. Through his leadership, he drafted the White Paper for the National Minority Supplier Development Council’s (NMSDC) Petrochemical Energy Industry Group and successfully brokered numerous multi-million-dollar MBE contracts. He also created an annual, one-of-its-kind, “Matchmaking Event” that connects MBEs to the leading corporations in the Oil and Gas industry, developed an innovative Tier 2 reporting portal and a workforce diversity tracker that generates metrics on a per-project basis. His successes led to his promotion where he heads EQT’s Supplier Diversity program, works with the Talent Acquisition function to recruit and retain diverse talent, serves on the EQT Foundation’s Operating Committee and coordinates with EQT’s employee resource groups.

For his Supplier Diversity accomplishments, while at EQT, NMSDC affiliate councils, advocacy councils, community leaders and elected officials throughout have recognized his accomplishments with numerous awards. Lance continues to serve on several national industry groups and committees including the NMSDC’s Petrochemical and Energy Industry Group and the EMSDC’s Certification and Strategic Plan Oversight Committees.

He earned a bachelor’s degree in Business Administration from California State University, East Bay and an MBA from Waynesburg University where he was chosen to be the Commencement Speaker and graduate program representative. He was recently selected to the Advanced Leadership Program Initiative at Carnegie Mellon’s MBA Program, a world-class executive development program that offers the tools, exposure and training necessary to elevate African American executives to the C-Suite.