It is with mixed emotions that I announce that Adrienne Trimble will be stepping down as President & CEO of NMSDC. Adrienne joined the organization in August 2018 with a three-year contract. She has decided to return to the corporate world to continue advancing diversity, equity and inclusion efforts. Her last day with NMSDC is February 28, 2021.

During Adrienne’s short tenure, she successfully:

The NMSDC Executive Leadership team will remain in place and report directly to the NMSDC Officers while a search is conducted for the next President & CEO.

We thank Adrienne for her tireless efforts of advocacy and support for minority business inclusion and wish her much success in her future endeavors. 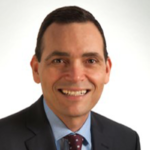 Jose Turkienicz
Chairman of the Board of Directors
NMSDC